In September 2021, the research associates of tdAcademy came together for an internal workshop on the topic of "context". Context factors are relevant in various degrees in all thematic lines.  The exchange primarily served the joint further thinking of an integrative and thus cross-thematic line perspective. This brief report outlines the contents and objectives of the workshops as well as central questions.

The idea for the exchange arose in a previous discussion at the level of the research assistants in the tdAcademy project, in which central concepts of transdisciplinary research were discussed and considered from the respective topic line perspectives. The context workshop thus initially served as a project-internal exchange with the aim of developing a common understanding of the complexity of the concept of context and providing space for topic line-specific questions.

Our approach in the workshop was divided into two parts: In a first step, we aimed to capture the respective perspectives of the thematic lines "Societal Impacts," "Scientific Impacts," and "New Formats and Methods" on context. In a second step, we jointly took a look at challenges and interactions that have come to light so far in connection with the consideration of context within the respective topic lines.

The biggest challenge – also in line with the current state of literature – turned out to be to be able to make context(s) tangible in their complexity. The research interest of topic line 3 of the tdAcademy project is primarily the investigation and analysis of contexts of the research object and less of the project framework (such as funding, for example). It was possible to establish: Context cannot only be understood as socio-cultural context, but becomes clear in its complexity especially against the background of the different research approaches and foci in the thematic lines – be it through the application of specific method sets in a certain local setting or the question which forms of participation prove to be meaningful against a certain background. In particular, we addressed the following questions at the internal workshop:

With regard to the question of how context-sensitive research can be implemented, it became clear to us that a 'method case' for dealing with different contexts would be useful for research practice. For example, contextual factors can be more focused and examined in more detail through certain methods such as scenario analysis or systems analysis. In addition, one outcome of our discussions was the consideration of the individual perspective as a researcher. It would be important to adopt a self-reflective and critical perspective and ask: What context of my research is actually already set? What elements of context are part of my perspective? What attitudes and perspectives on the topic area in question do I bring to the table? (see figure) 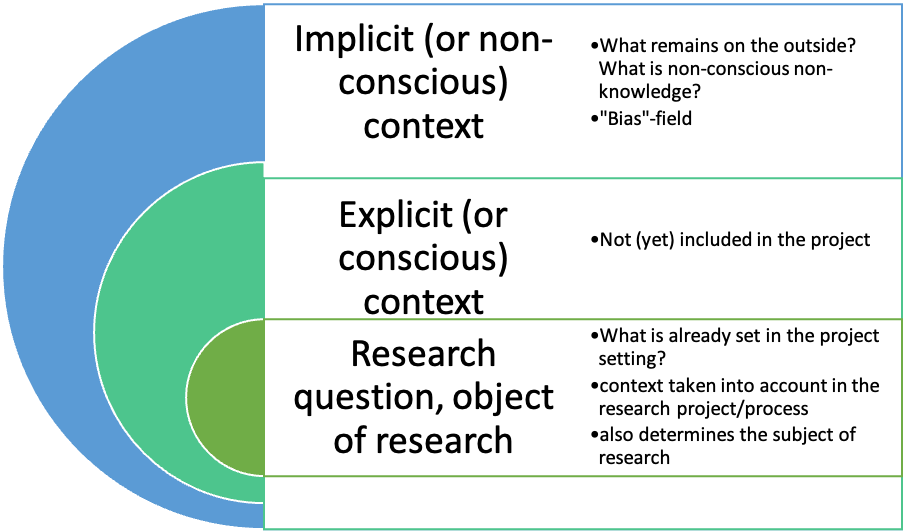 In order to deepen these thoughts and also to open up the discussion, the idea arose to organize a cross-thematic line capacity building event, whose starting point could be the integrative perspective of thematic line 3 'contextual dependencies'. Such an event could, for example, interest early career researchers to learn about and discuss different facets of context. In this way, a context-sensitive research mode could also be carried forward.

A systematic description of context in Transdisciplinary Research is what a paper publication aims to contribute to the discussion as a result of tdAcademy topic line 3. Based on a previous literature research, topic line 3 is currently dealing with central hypotheses on context dependencies of Transdisciplinary Research, which will subsequently provide the basis for a profound case study analysis. 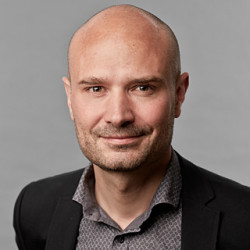 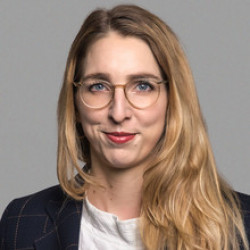